Felipe Arnoldo Díaz is 55 years old. He is the East Coast Regional Organizer for the National TPS Alliance. Felipe has 4 US Citizen children and has lived in the United States since 1982, he lives in Raleigh, North Carolina.

“When I first arrived to the United States I fought for and was able to claim political asylum with the support of CARECEN in DC in 1987. Since then I’ve worked with community organizations and fought for immigrant rights and the rights of refugees. In the 80’s people that were being deported to El Salvador were being assassinated upon arrival, I was almost one of those people, and understanding that unstable condition I wanted to be involved in ensuring that others don’t continue to face that. I’ve since then been involved with the Sanctuary movement and the fight for refugees and immigrant rights. 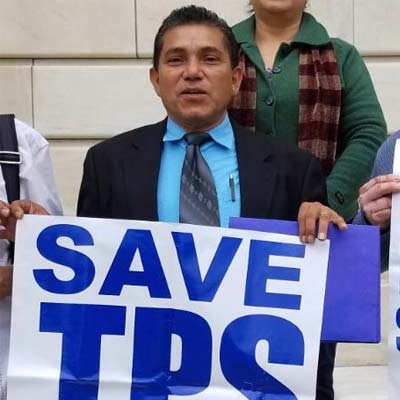 Powered by the National TPS Alliance, CARECEN-LA, and NDLON. 2022 - All Rights Reserved
Back To Top
×