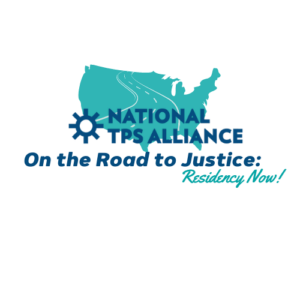 NATIONWIDE- In light of the recent news announcing that former Vice President Joe Biden will be the 46th President of the United States, the National TPS Alliance made the following statement:

“Back in September, we embarked on an 8 week long nationwide bus tour across the country to uplift the demands of TPS families, raise awareness of the dangers of COVID-19 in our communities, and motivate US citizens to vote on November 3.

We joined this national effort to ‘Get Out the Vote’ because we were aware of what was at stake in this election. Over the last four years, this administration has persecuted our immigrant communities; detaining and deporting undocumented workers, blocking asylum, putting migrant children in cages and even- attempting to de-document hundreds of thousands of immigants who have made countless contributions to this country for over 20 years.

It was clear to us that the fate of our community was at stake in this election and we could not afford to ignore it. Our journey made stops in several key states, such as Nevada, Wisconsin Georgia, Florida, North Carolina, and Pennsylvania- states which have defined the current result of this election. Our efforts consisted of motivating US citizens, especially those in our community to practice their civic duty and ‘Vote Against Hate!’ and against the racial injustices which threaten to tear our families apart.

Today, the social fabric of the US society has officially taken one step back from an even darker fate; and we can proudly say that our efforts played an important role. However, we do want to be clear- this is not a victory for either TPS holders, nor the immigrant community as a whole. We will only declare victory when all TPS families and eventually all of our immigrant community, can remain in this country without ever having to live under the fear of being separated.

Today, we achieved an opportunity to create a new playing field in our struggle for justice. Our fight is still far from finished. If we hope to achieve a permanent residency, we must continue organizing and building collective power from coast to coast.

After January 20, 2021, President Joe Biden should expect constant pressure from the TPS community. We will be demanding that he delivers on his promises to protect our families and signs a legislative solution to guarantee a permanent residency for all TPS holders. We are no longer asking for a mere extension of our status. We should no longer stress the fact that for decades, we have made countless contributions to this country and as a result, we deserve to remain in this country as future US citizens.”– Victor Morales, TPS Holder and Driver for the ‘On the Road to Justice’ National Bus Tour (For More About Bus Tour/Videos from Bus Tour)